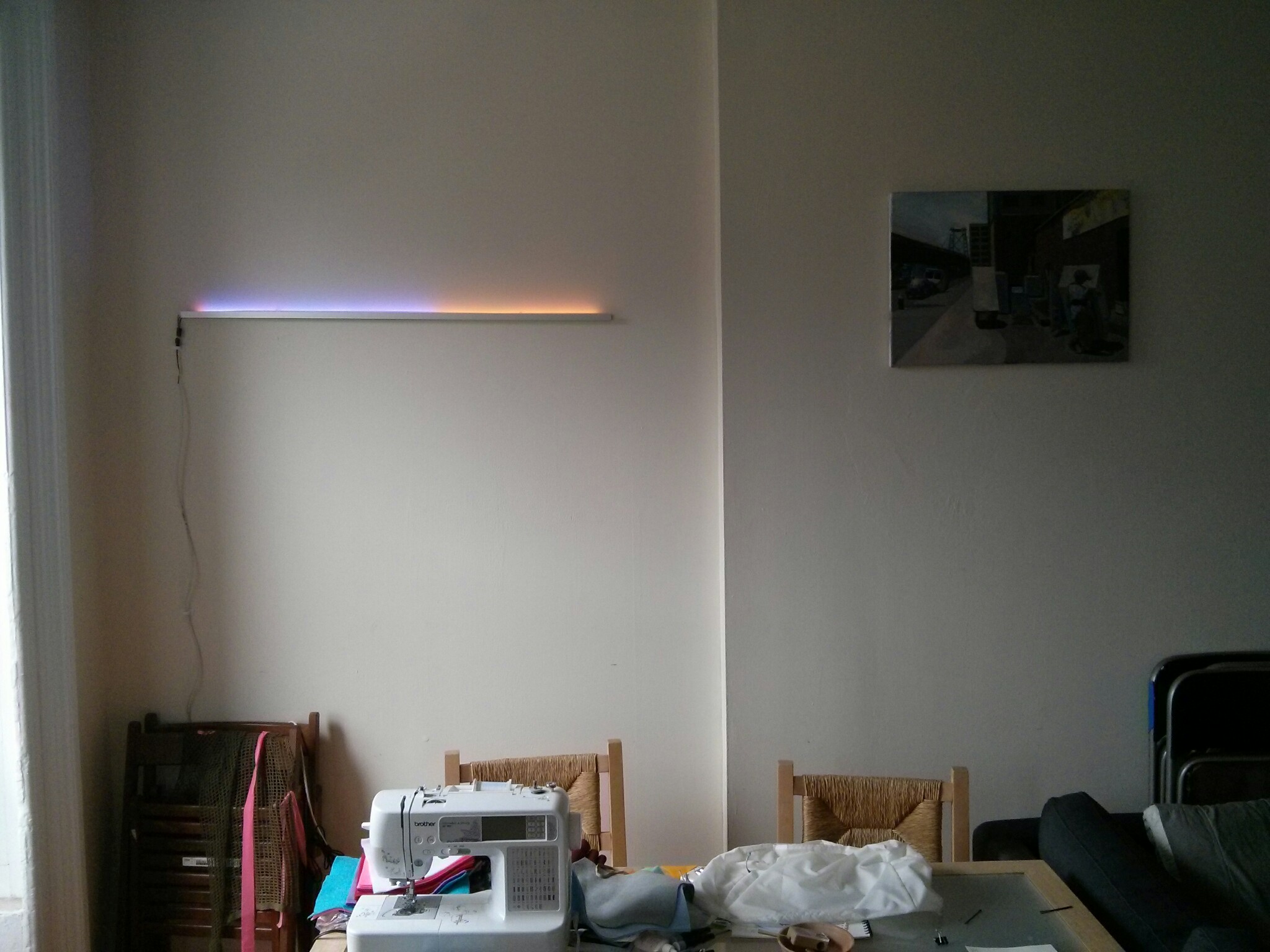 FIXTURE is a continuous mapping between my smartphone’s orientation sensors and the red, green, and blue intensities of an LED light strip.

FIXTURE is a 6-meter linear array of 360 lights; each light corresponds to a data packet describing the physical orientation of my phone. The mapping from sensor value to color is as straightforward as possible, with X, Y, and Z orientation values linearly scaled to R, G, and B lighting intensities.

Packets arrive once a minute; as one packet arrives, it populates the leftmost position in the LED array and the previous packets move one position to the right. The length of the strip in pixels is the number of minutes into the past the piece displays.

The server has no database or memory - it simply provides the last value it heard from the phone. No attempt is made to “fill in” information lost due to interrution or interfeerence.

The result is a series of colors representing periods of one posture or another: a line of ten identical blues when I set the phone down to charge; a patch of mottled pinks where it was jostling about in my bag as I head to work.

This is as taut and durable a line as I can string between the sensed object and the display.

FIXTURE is an experiment about remote forms of presence. I made it to augment my thinking about the ways our phones/devices often serve as functional surrogates for our presence, and to look for ways to expand, modulate, or isolate various parts of that relationship. A preliminary mapping is a logical first step, which is what you see here; I am still experimenting with other forms and arrangements to push on this line of inquiry.

The primary signal is as described: simply, the sensor values sampled each minute. The secondary signals reside in the extrapolations made possible by the presentation of the data in this form, this fixture: A metronomic progression of orientations; a series of postures; a progression of states.

FIXTURE is an attempt to manifest the metonymy between smartphone and person - its output is a peripheral awareness of this taut line strung between two domains.